2/1/14
Just down the road from the apartment were two bakeries, where we bought a croissant au beurre (€0.90), an almond croissant (€1.10), pain aux chocolat and half a loaf of pain au noix (€0.80). The person who was served before us bought the other half of the loaf. The best one was the nut bread, which had walnuts in it. Mum quite enjoyed the croissant au beurre, saying she liked the flavour. When I tried a bit it tasted like (uncooked) butter, like there had been butter spread on it, but there wasn’t. I prefer the flavour to be more subtle. The almond croissant was nicer than Maison Collet, but Stohrer’s was still better.

This palmier was much better than Paul’s. It wasn’t hard like a biscuit, and the layers of pastry separated more easily. It was made into a more spread out shape. 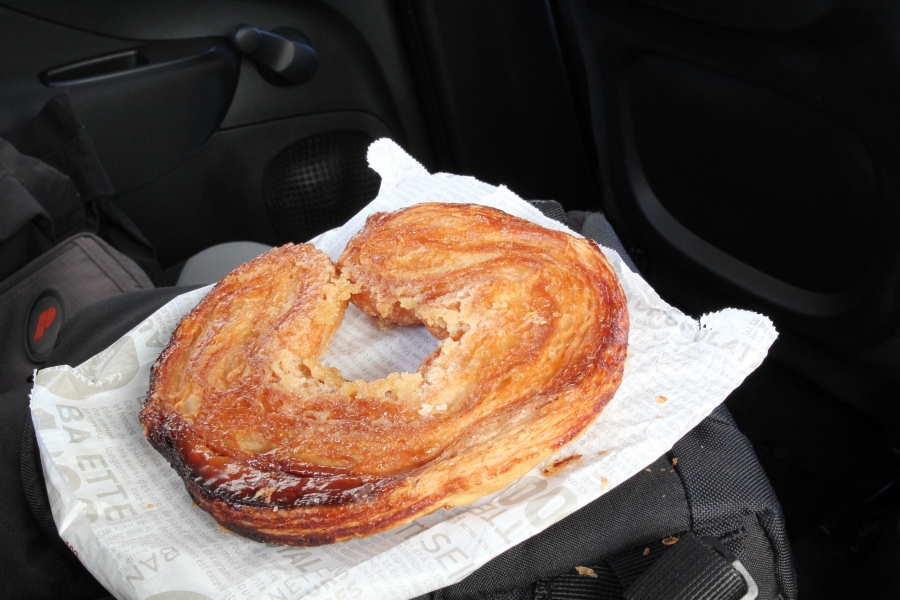 3/1/14
We walked around to a few bakeries but settled on Le Fournil Maxipaul and bought a ‘levain et noix’ batard (sourdough with nuts), which was very good, and dad bought a small bun with walnuts. The bakery is under the banner of ‘Festival des Pains’. The batard was really good and we hoped they’d made another batch by the time we left so we could pick up another loaf, but they hadn’t.