For owners Judy and Jenny, it became a chore to find cafés that served healthy, nutritious food that also tasted good. An increased awareness of special diets was also a major driver in inspiring the creation of World Vegetarian Cafe. Although their target market is those with special dietary needs, now 10 months old, the cafe is also popular with people simply looking for healthier, and often vegan and vegetarian alternatives. 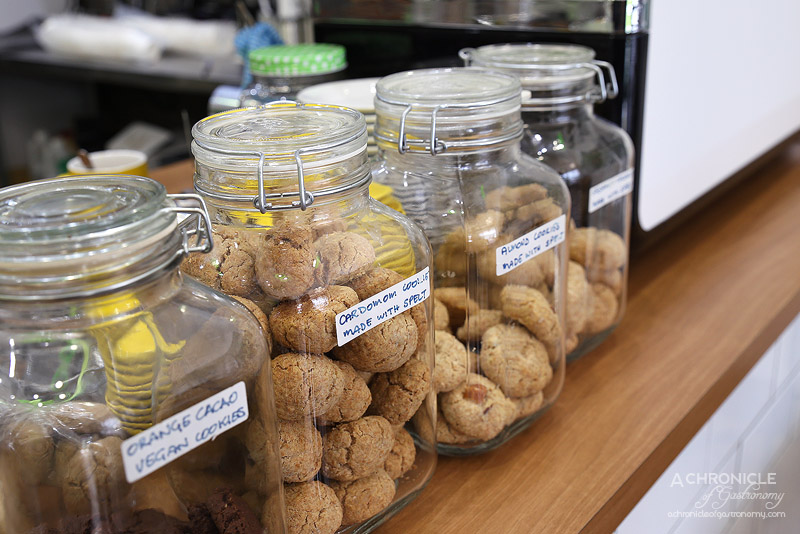 It all began with the realisation that most dishes are full of sugar, salt and butter – the major ingredients that make food taste great – and it’s difficult to know exactly what goes into our food, and how much of it there is. At World Vegetarian Cafe, it isn’t just about removing the less-healthy ingredients, but also intentionally adding ingredients that have positive qualities. Spices play a big role in the recipes, not just for their flavour, but also their healing properties.

A large range of juices and smoothies are on the menu, along with golden lattes. The Cinnamon Smoothie with almond milk, banana, cinnamon and agave is a satisfying and filling drink, and the house-blend golden latte is less heavy on the ginger than some other blends. 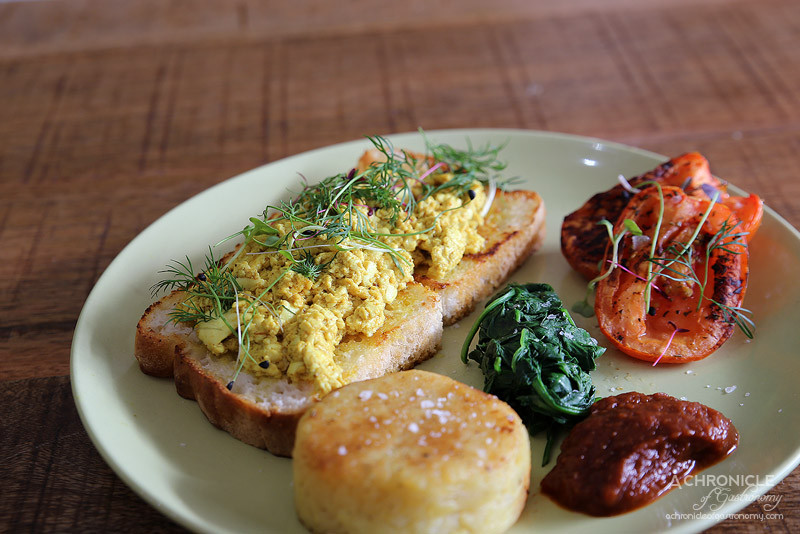 The mushrooms with grilled polenta and basil cashew cheese sounds good, but we choose the tofu scramble instead. Despite what it sounds like on the menu, the spinach and roasted roma tomato are found on the side, rather than mixed in with the organic scrambled tofu. The gluten free bread is fluffy, and the potato rosti is delicious. 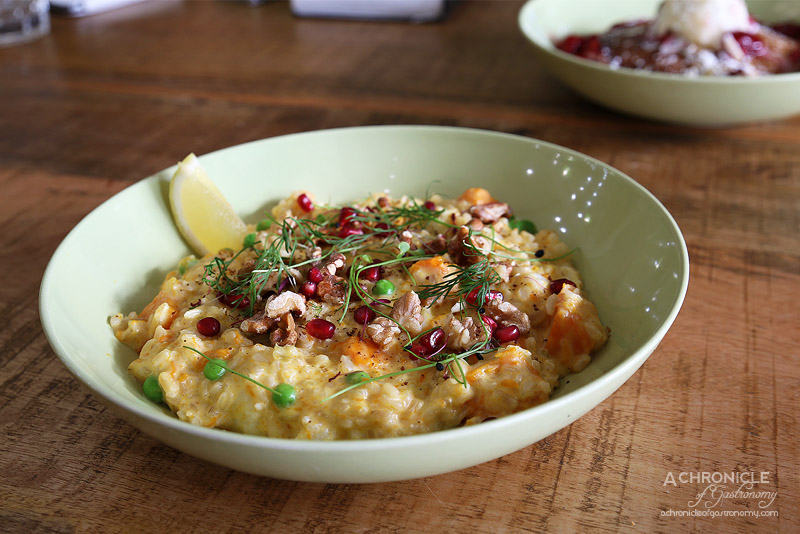 The thin and crispy masala dosa is filled with spiced potato and peas, accompanied by a side of lentil soup and coconut chutney. Brown rice also features heavily here, and we try a brown rice risotto with pumpkin, cauliflower, peas and walnuts. Made to order, the risotto has the expected extra nuttiness and chew of brown rice, the heaviness of the cheese somewhat alleviated by arils of pomegranate. 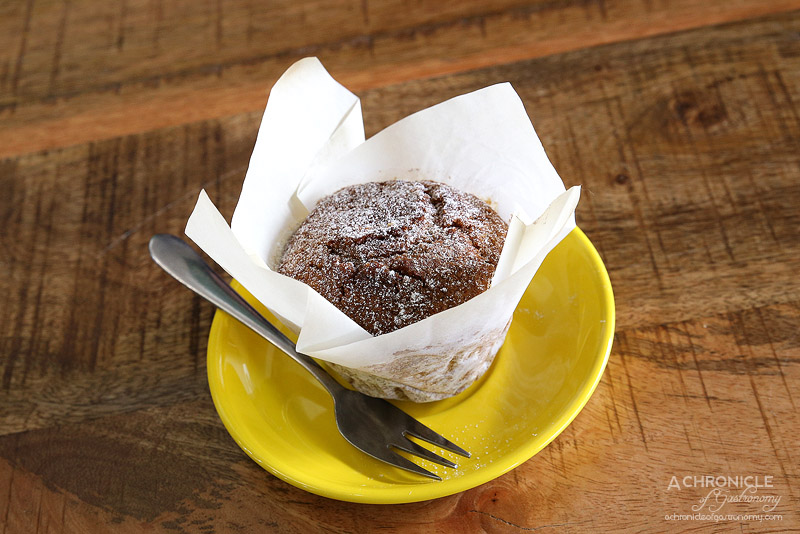 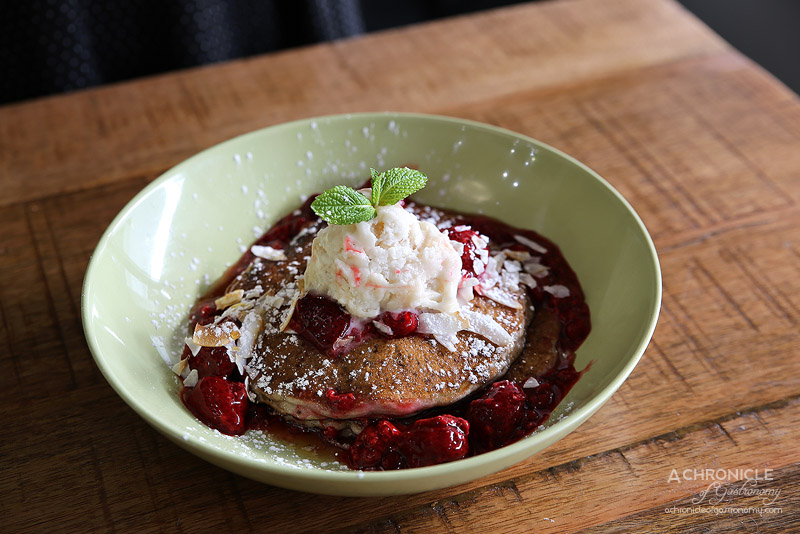 House-baked goods and sweets, such as muffins and cookies, have lost their white flour component in favour of mixtures of healthier wholegrain and/or gluten-free flours. We have a gluten free and vegan apple and cinnamon muffin. Being eggless, and therefore missing a key binding agent, the muffin has a more crumbly texture to the norm, but the flavours are good. It’s difficult to make dairy and gluten free muffins, and it’s a solid effort. The cardamom pancakes did not disappoint either. Buckwheat pancakes are topped with a berry compote, salted caramel vegan ice cream and pure maple syrup. They’re moist and have a slight sweetness within the actual batter, and it’s difficult to pick that they’re gluten free.

Wholegrain spelt pizzas are another staple on the menu, and curry, salad and soup specials are rotated every week. Even for those who don’t require special diets, World Vegetarian Cafe offers a decent healthy eating alternative. 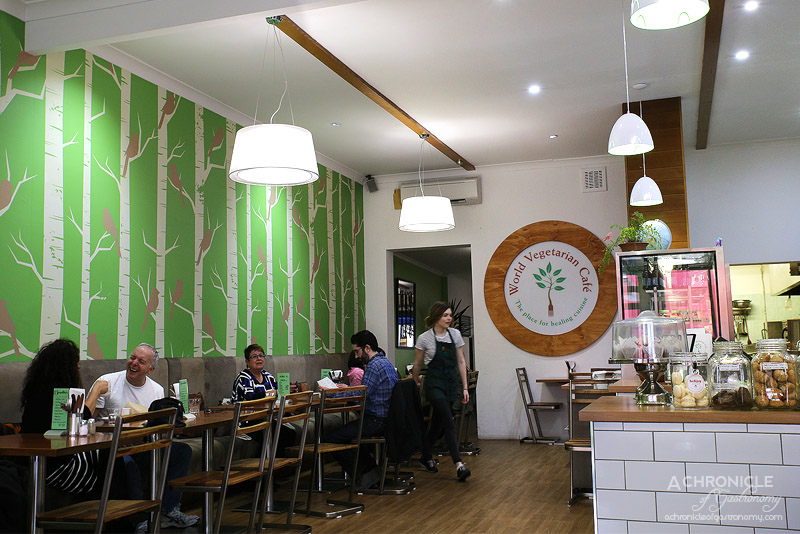 Disclaimer: I dined as a guest of World Vegetarian Cafe. Opinions expressed here are purely my own and are based on my experience at the time of the visit.