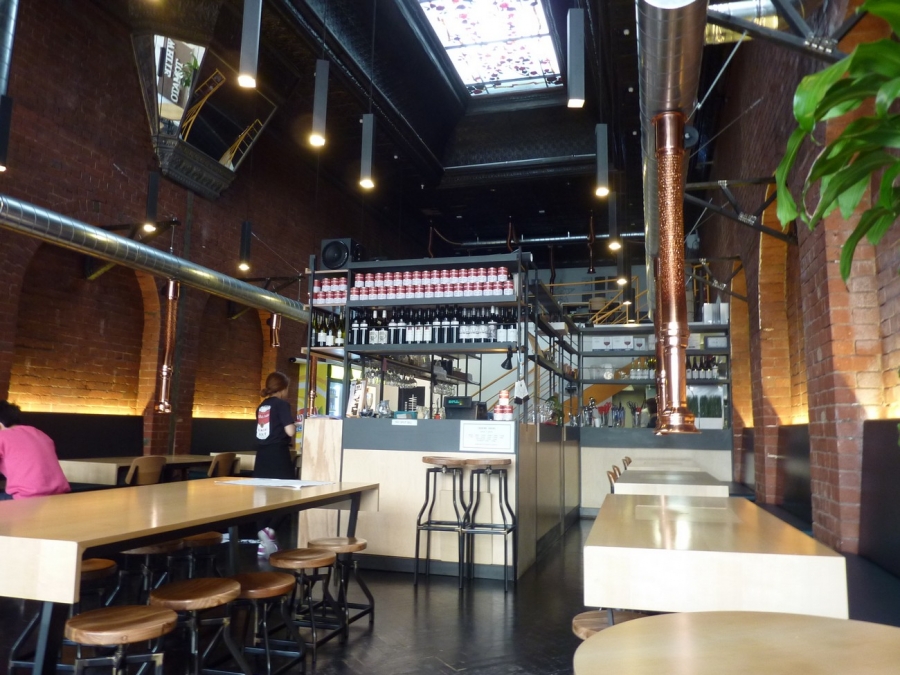 White Tomato has a lunch special where everything on the menu is $11.50 and comes with steamed rice and mixed salad. I hadn’t eaten anything since breakfast and by the time my last lecture finished (at 2:10pm), I wanted to eat something before getting home. White Tomato has a slightly longer lunch hour than most places, closing at 3pm rather than 2pm. The restaurant has recently undergone a renovation, so everything is new and modern. Most tables were set up for Korean BBQ and there was also a second level of seating. 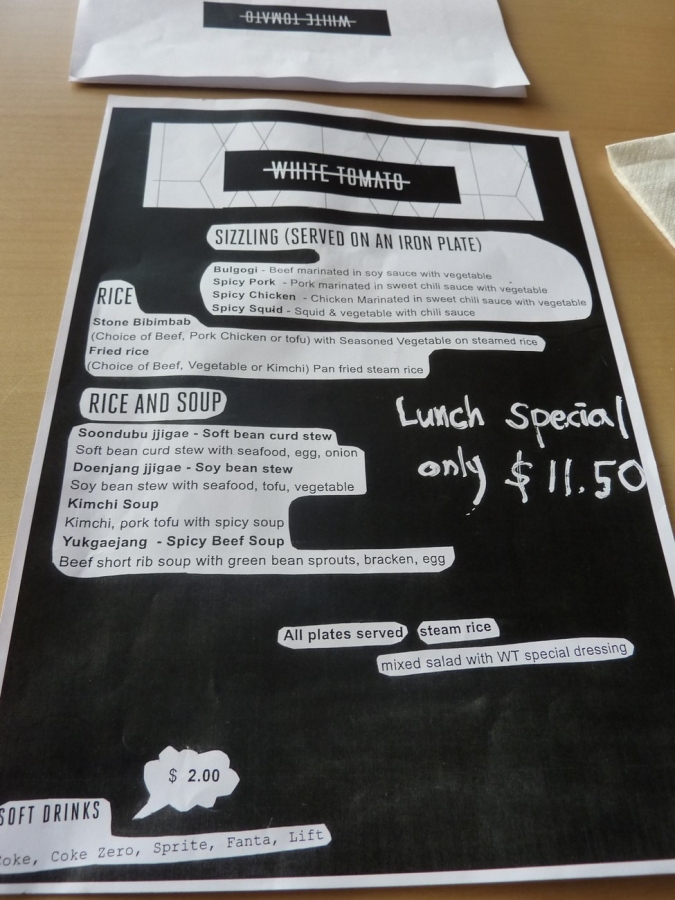 I thought I’d try the yukgaejang (spicy beef soup), because it’s something I haven’t had before. The menu description was ‘beef short rib soup with green bean sprouts, bracken and egg’.

At the beginning of the meal I was given a plate of sliced fish cake, kimchi and onion (which I initially thought was daikon until I bit into it). 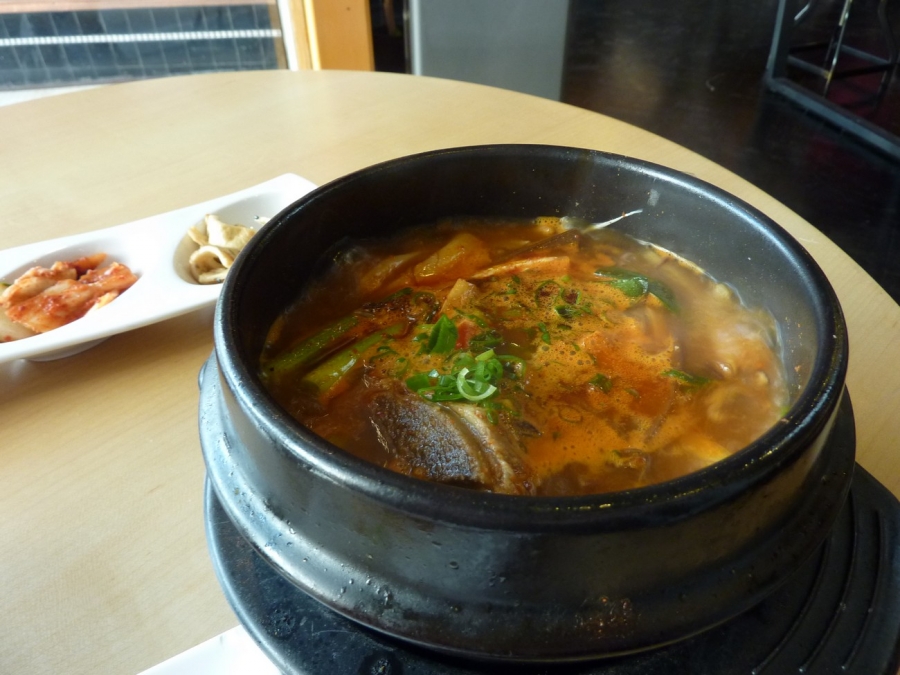 When the yukgaejang arrived at the table it was bubbling hot. The egg was semi-solid, slightly runny, which was nice but would obviously be affected by the time I left it in the hot soup. There were 4 pieces of beef rib, which didn’t have much meat and had quite a bit of fat and sinew, but that was to be expected. Unfortunately all but one of them was tough. The soondubu jjigae might have been a better choice. Other than the unfortunate cooking of the beef, the soup was quite tasty