Located on the corner of Ferrars and Bank Street, Railway Hotel was built in 1968 and sports an art deco interior. Like many other pubs, weeknight specials abound, like pasta night Mondays, Tuesday parma night and Wednesday steak night. The menu is seasonal and shows some American influence together with some classic pub grub. 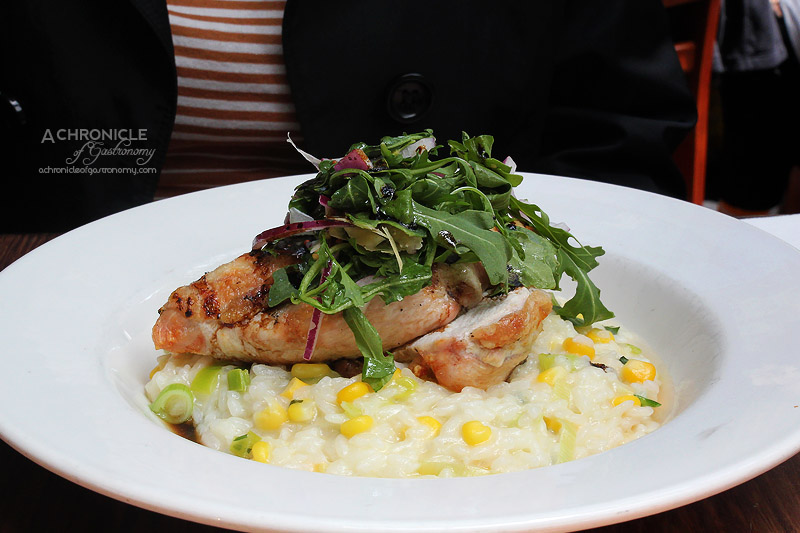 Mum’s crispy skin chicken breast rested on a sweet cork and leek risotto topped with roquette salad and shaved Parmesan cheese. The skin wasn’t really crispy, but there was a lot of great flavour in it, and the chicken was cooked very well.

My BBQ brisket is one of Railway Hotel’s signatures. Cooked over 12 hours, the brisket was tomatoey and unexpectedly spicy. Unfortunately the brisket was dry, but the sauce and the crispy sweet potato chips were great.

Railway Hotel seemed to be a popular place both for groups and for people looking for a casual drink and a decent bite.

Disclaimer: I dined as a guest of Zomato, however, opinions expressed here are purely my own and not influenced by them in any way.