Pho Nom opened last month in the new Emporium shopping centre on Lansdale St. Their most popular menu items appeared to be the pho, rice paper rolls and banh mi, though they also serve some bún (vermicelli rice noodles) and cơm (rice) dishes, spring rolls and salads. After ordering and collecting a receipt/docket, food is served at the other end of the counter where there were also self-serve trays of mint, bean sprouts, cut chilli and lemon wedges and also tubs of rice paper roll sauces. Sriracha and fish sauce can be found supplied on the tables.

There are a few tables right in front of the counter. Although they’re often full at peak hour, turnover is quick, especially if people just want somewhere to sit while quickly gobbling up their banh mi or rice paper rolls.

Today I ordered a sliced rare beef and shredded chicken (bo + ga) pho. The broth was nice and clean and there was a very generous serving of meat – maybe half a chicken breast fillet and 3-4 thick slices of tender beef. The chicken was roughly ‘torn’ and was quite chunky, but I didn’t mind. It was a very satisfying lunch that provided welcome relief from the onset of chilly weather. 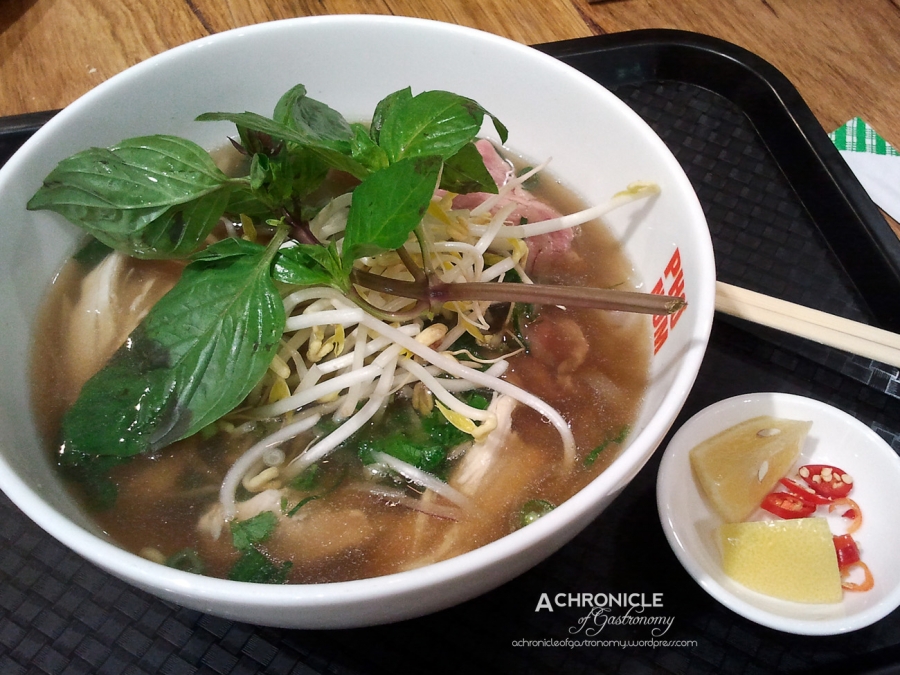