It’s Oktoberfest and celebrations are in full swing. Although I’ve been here before, I’m always surprised at just how large Munich Brauhaus is. We came in rather early on a Monday evening, and though I expected it to be quiet, there were already a number of patrons treating themselves to drinks, and as the night went on, quite a few large parties came in. 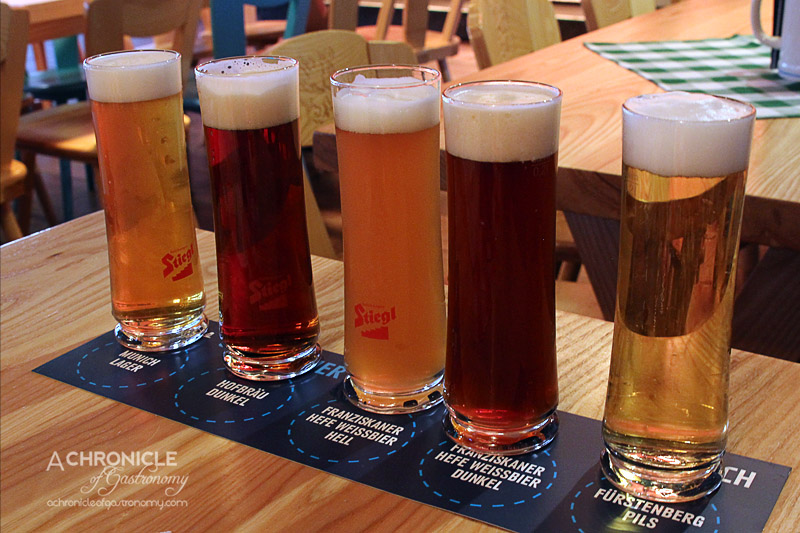 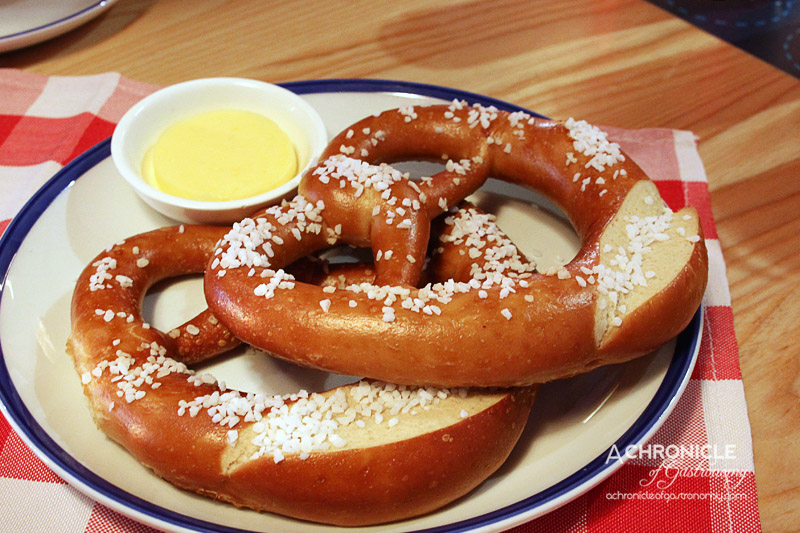 The Munich Schmankerlplatte arrived soon after. As a tasting platter, it included smaller portions and it provided a good opportunity to sample a variety of different dishes. There was crackling pork belly, their popular roasted pork knuckle, chicken schnitzel, and a number of different housemade and smoked sausages. Accompanying the meat was some apple compote and bier jus, and to offset the meatiness of it all, some mashed potatoes, braised red cabbage and sauerkraut. Unfortunately the frankfurter was a bit bland, but other sausages, particularly the cheese kransky and kalbsbratwurst, were plenty flavoursome. The crackling on the pork belly and knuckle were noteworthy, possessing the perfect crunch and not being overly fatty. 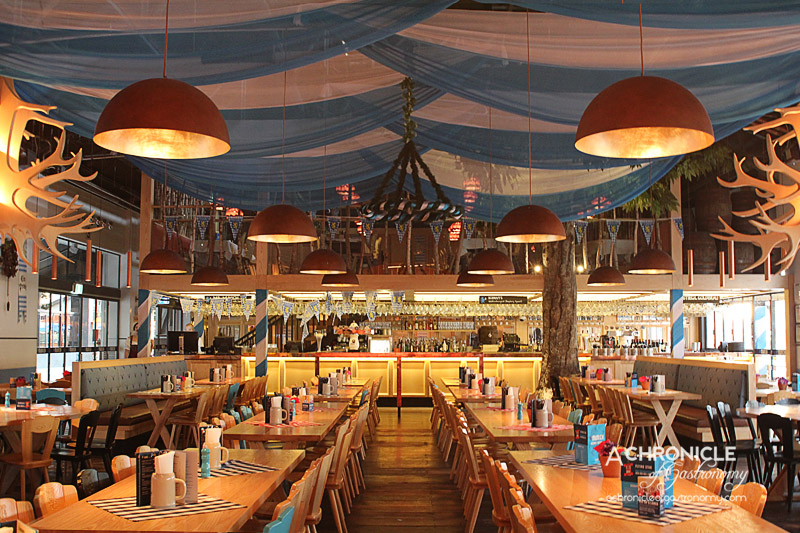 Live music played every night from 6pm as well as occassional audience participation in fun and games gave Munich Brauhaus a lively atmosphere. We left full and satisfied with the hearty Bavarian food and hospitality.

Disclaimer: I was invited to dine at Munich Brauhaus as a guest, however, opinions expressed here are purely my own and not influenced by them in any way