Posted at 22:04h in Avignon, France, French, L’Epice and Love by A Chronicle of Gastronomy 0 Comments

Tonight we went to L’Epice and Love. The entrées were €9.5, plats €12, entrée + plat was €16.80. Mum and dad both got escargots as their entrée. At first I didn’t want an entrée, but changed my mind later and added on the papeton d’aubergine. Dad and I got the traditional dish of Daube de Toro and mum had the ½ Magret of duck with honey and lemon sauce. 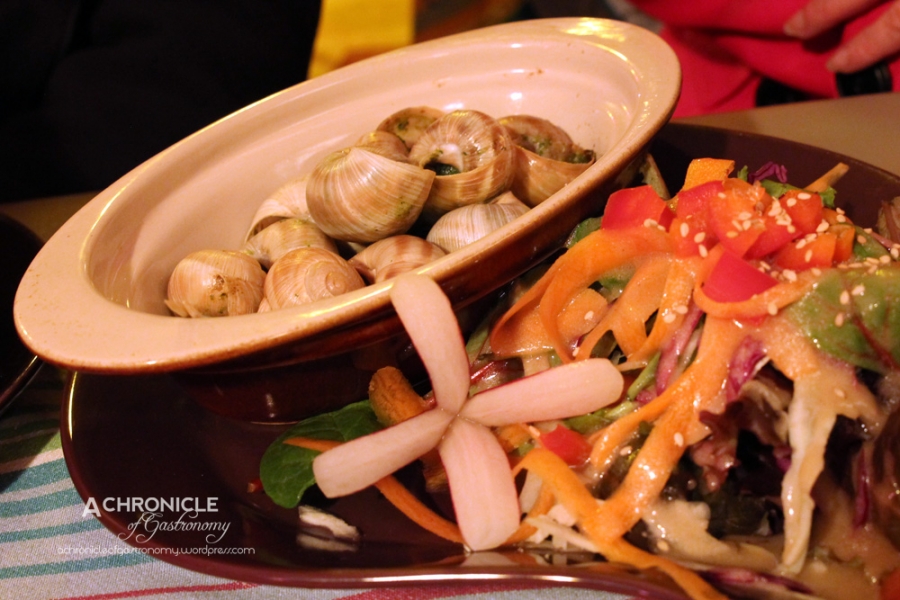 All the entrées came with salad. The ten escargot were flavoured with butter, garlic and ?parsley.

My eggplant dish was a warm eggplant mousse with a slice of eggplant on top and surrounded by a cold tomato-based sauce and a few dots of thick balsamic vinegar. It’s actually a specialty of Avignon. 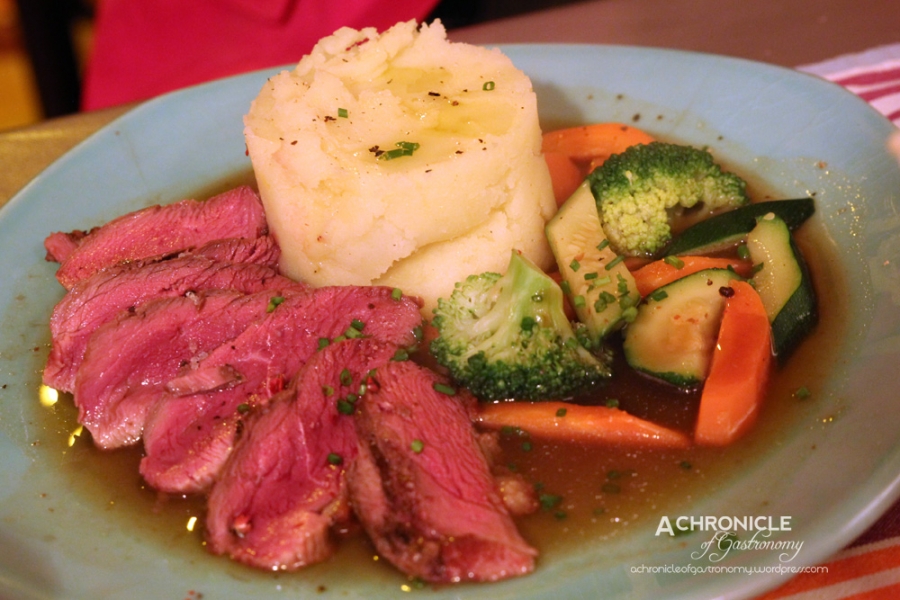 1 Half Magret of Duck w. Honey and Lemon Sauce

Although mum’s magret had honey in the sauce, it was mostly sour. It actually went really well with the duck, which was also quite tasty in itself. The mashed potato came with truffle oil, though it wasn’t stated in the menu, but didn’t go with the sour sauce. It did taste good with the sauce in the beef dish though. 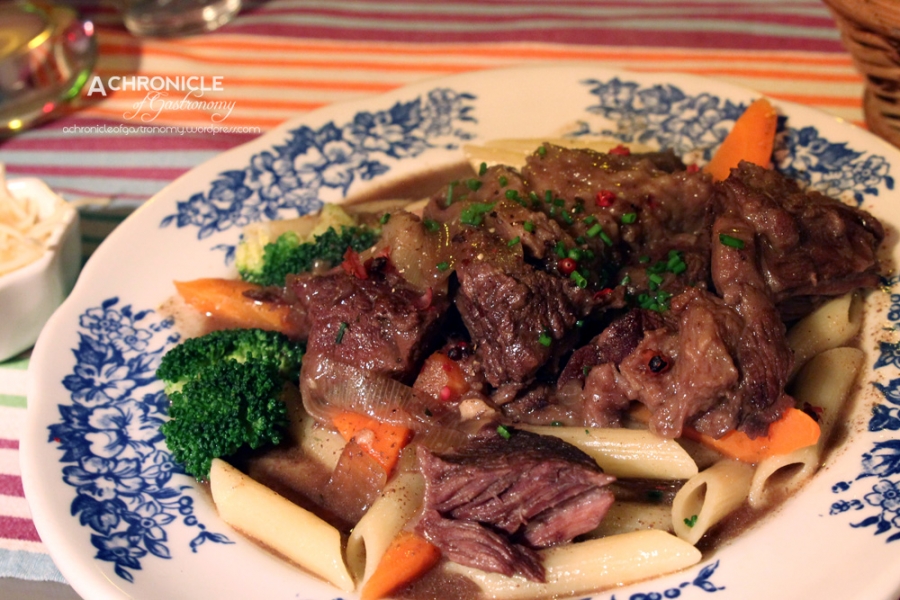 The daube had pasta underneath and the broth was thick and flavoursome. My beef had quite a lot of cartilage. Some of the other ingredients I spotted in it were red peppercorns, baby spring onion and some sort of cured pork product, maybe bacon. I’ve been feeling like having some sort of stew lately so this hit the spot. The serving sizes weren’t huge, but sufficient and satisfying.