Tonight I undertook a rare adventure to the Western Suburbs to visit Arcadia Gastronomique, where the warm and toasty heating and steamy, mainly Spanish fare was perfect for a cold Winter’s night.

I felt overwhelmed with all the choices on the menu so left the ordering to others on the table who seemed to have previous experience at this restaurant. We ordered a selection of tapas, raciones and main courses to share. 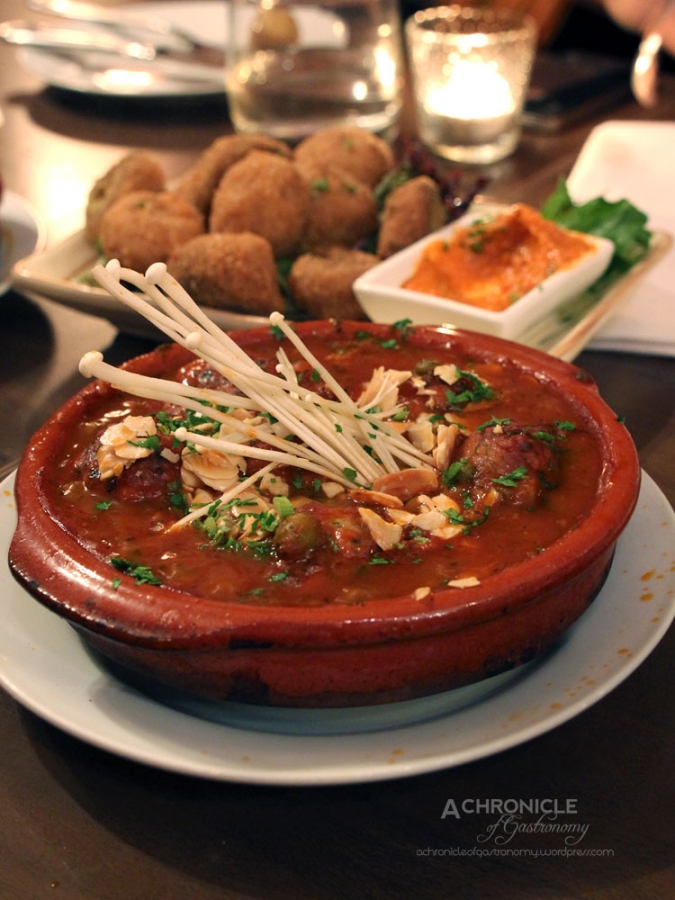 Croquetas were filled with Jamon serrano, chorizo & Manchego and were accompanied by an with an aioli & tomato bravas sauce. The juicy champiònes pesto (whipped cheese & pesto stuffed button mushrooms ) went very well with the flavoursome, textured romesco. The mushrooms were available in both tapas and racione sizes. We ordered the racione instead of having two tapas plates, since it was cheaper that way. The Albondigas Arcadia (beef and pork meatballs with tomato sauce, green peas and almond) weren’t bad – slightly dry when eaten alone, but obviously much better when smothered in sauce. 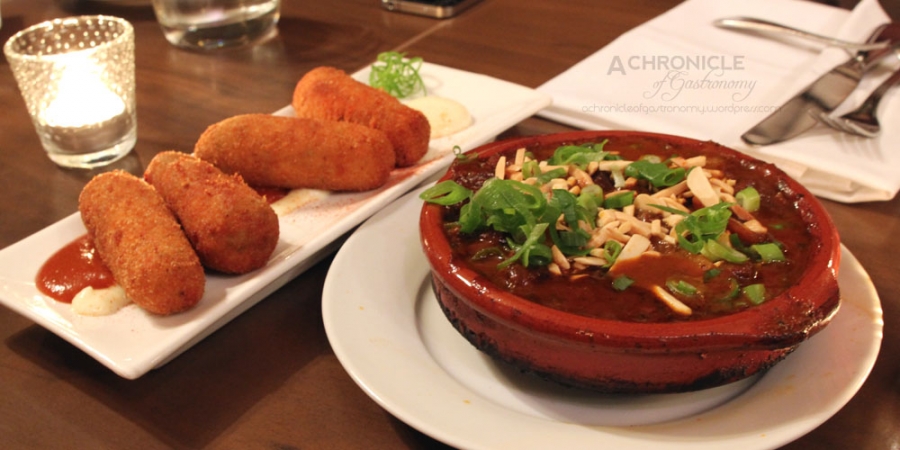 Our other raciones came next. Tajin de Cordero Al-Andalus (braised lamb in a tagine with dates, dried apricots, fried almonds, honey, cinnamon) was packed with flavour. This was one of my favourites, and I especially liked the contrasting crunch from the almonds. The slow-braised beef cheeks in Pedro Ximenez wine with mashed potatoes & chestnuts was cooked well, though I would have liked a bit more salt. 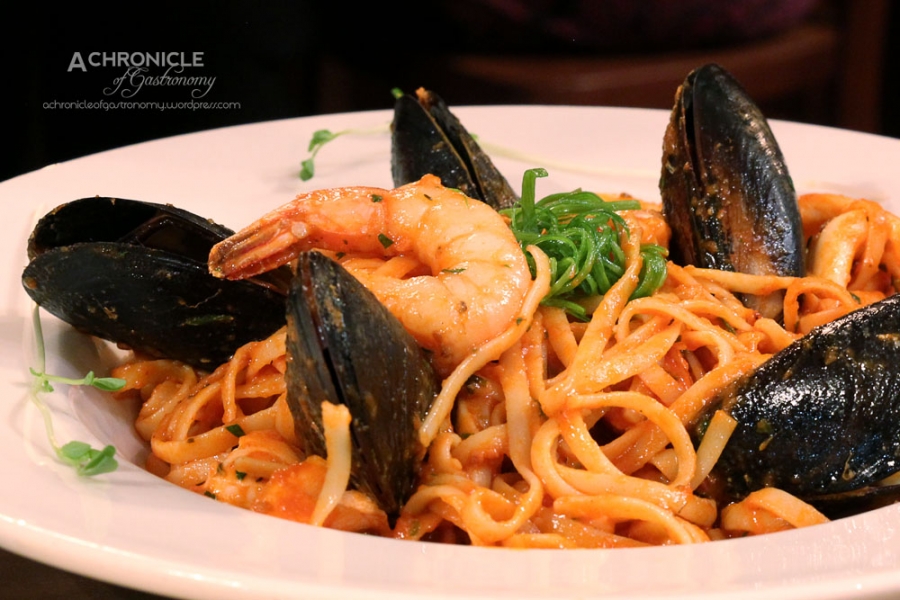 The four main plates soon followed. Our choice of paella was the paella mixta – chicken, chorizo, calamari, mussels, prawns, fresh fish & scallops. I haven’t had paella for a while, despite it being my favourite Spanish dish, and I was pleased to find it had a lovely socarrat at the bottom. There wasn’t as much as I’d hoped, but it was far, far better than a lot of the soggy-bottomed paellas I’ve had in the past. We also ordered linguine marinara, which came with prawns, mussels, scallops and fish (including salmon). 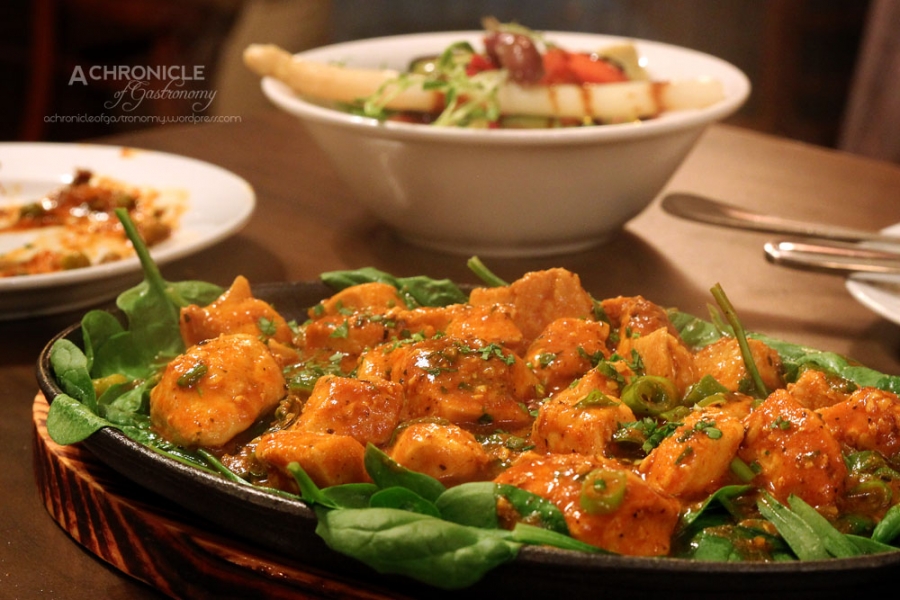 The pollo harissa (Moroccan chicken harissa served on a sizzling hot plate on a spinach bed with side salad) had a bit of a spicy kick to it, though I didn’t find it particularly outstanding. There was a small bit of salad left so I emptied the bowl and ate what I thought was a big stalk of rejected and unwanted spring onion. It was not spring onion. It actually turned out to be white asparagus – lucky me! hehe.

The serves weren’t huge, but it was nice to see that there was a very generous amount of seafood in the paella and linguine; about half the volume was occupied by ingredients.