ABC Chicken is said to make the best Korean Fried Chicken in Melbourne. I visited in large group, and our numbers meant we were able to try almost all the different flavours available (score!). It took me a little longer than it should have to figure out where the entrance was (the front door is on A’Beckett street in case you’re wondering), and the space is relatively small and quite crowded. I guess they have to cater for all these crazy KFC-goers somehow. 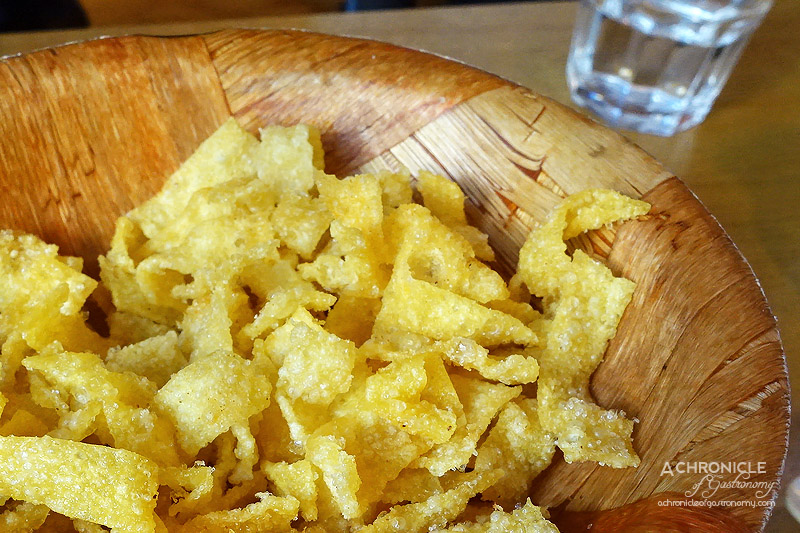 We were given a complementary serve of chicken-flavoured crisps that definitely tasted bad for you but were still very addictive.

To go with our chicken, we ordered a serve of kimchi pancake, which was plump and not overladen with flour. I relished the fact that had a slight crust but was juicy at the same time, and was particularly happy with the ingredient to flour ratio. To be honest, I have no idea if that’s the authentic way, but it’s certainly the style I prefer! 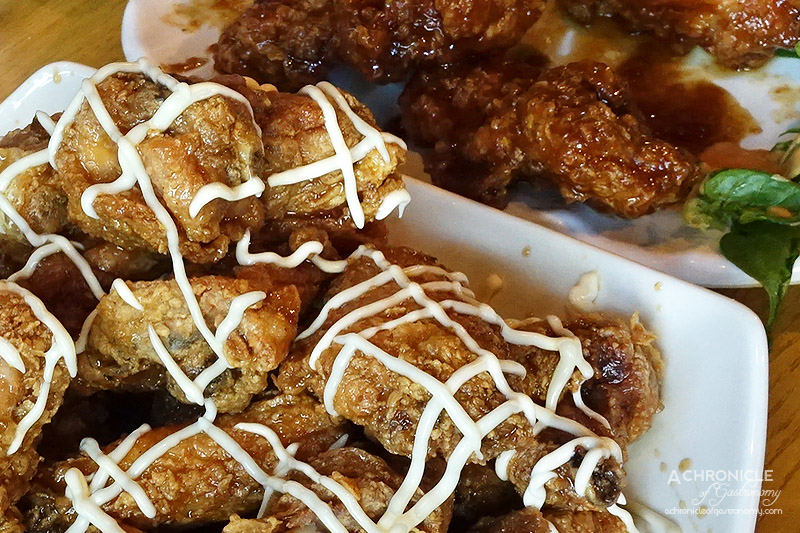 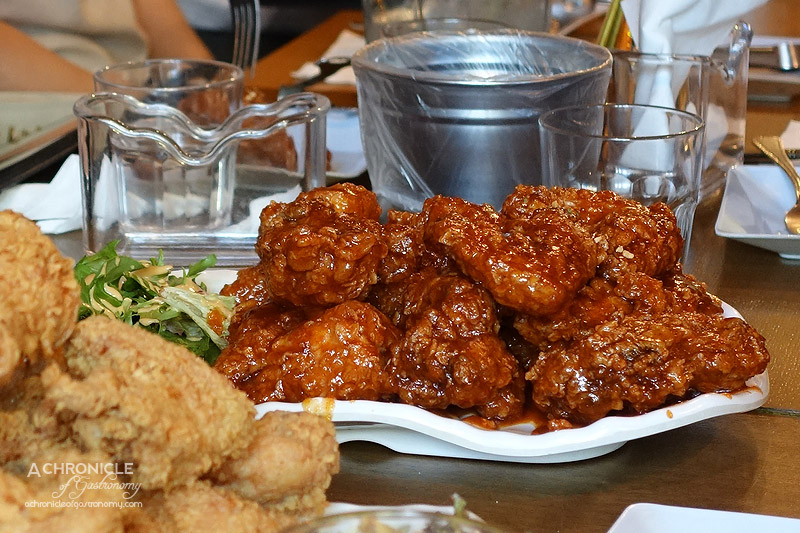 Soon afterwards, large plates heavy-laden with our KFC landed on the table. The crunchy, juicy fried chicken comes in a variety of flavours, and tonight we had soy garlic, original, ABC Special and sweet chilli. Of these, I found the sweet chilli (which based on the Korean sweet chilli flavour rather than the bottled sweet chilli sauce you might be thinking of) and ABC Special the most appealing, but they were all happily wolfed down by the group. I’m not exactly a Korean Fried Chicken connoisseur, but the chicken was delicious and much, much better than KFC of the fast food kind.